On the longest day of the year, December 21, 2018, Netflix released their newest post-apocalyptic thriller, Bird Box, starring Sandra Bullock. The film is based on a 2014 novel of the same name written by Jason Malerman. The screenplay was written by the frequent horror screenwriter Eric Heisserer (Final Destination 5, A Nightmare on Elm Street, Arrival) and directed by Susanne Bier. SPOILERS after the trailer.

Malorie (Sandra Bullock) begins the film by giving us exposition, and within the first 90 seconds of the film, it sounded like someone decided to make A Quiet Place but for the blind. She’s speaking to two kids named Boy and Girl on how to survive this post-apocalyptic world by not looking at anything and just listening to her commands. The shot that Bier chooses a close shot of Sandra Bullock’s face, as it slowly zooms out, highlights the importance of her dialogue, and adds to the desperation of the world that the film takes place in. Bullock’s facial expression adds to the hopelessness and prepares us for what is about to take place.Malorie and the kids are blindfolded, and Bier interjects a blindfold on the camera to give the viewer a first person look at the loss of sight. This also plays on the film’s title because it’s like we are trapped in a bird box with the door closed.

The narrative of the movie is cut in a dynamic way, and there’s flashbacks of what happened 5 years ago that are combined with the present day, so we get an origin story that lets us know why everyone has to be blindfolded and how Malorie has reached this point. Before the event takes place, Malorie is a pregnant artist who shuns the outside world by painting inside her studio all day. She seems strung out and her home is a mess, and the film implies that she is battling some type of depression. When her sister Jessica (Sarah Paulson) comes over she informs Malorie about an event that has people overseas killing themselves.

Later the pair head to the hospital, so that Malorie can get her routine pregnancy checkup, and as they leave that’s when the event has reached the United States. There’s a rando at the hospital smashing her head against the window trying to kill herself. Outside there’s chaos, cars driving on the wrong side of the road, and people panicking all over. Jessica and Malorie are trying to drive to a safe location, but unfortunately, Jessica stares at the entity and it makes her want to commit suicide, so she wrecks the car. This leads to a nicely filmed crash scene. She doesn’t die in the crash, so she gets out of the car and walks in front of a dump truck to meet her demise. Meanwhile, Malorie was rescued and taken into shelter with a few other survivors.

All of that happened within the first 15 minutes of Bird Box, and sadly, the remaining 1 hour and 40ish minutes were hard to get through. However, there were a few solid performances that should be highlighted. Sandra Bullock’s take on Malorie was one of the film’s high points. When she’s telling Boy and Girl what to do during their voyage to the end of the river she’s confident, she opens up to them, and her character grows exponentially by the end of the film. Trevante Rhodes plays Tom, and he’s the male lead in the film that sparks up a romantic relationship with Malorie. Once Tom sacrifices himself to save Malorie and the two kids that’s used as a catalyst to help Malorie change.  Douglas is portrayed by John Malkovich, and his trope is to be the asshole of the group. He’s cruel, doesn’t want to open up their safe house to anyone, and he only cares about survival. He goes with his gut instinct, which leads to him being correct at every turn, but… since he’s an asshole the group doesn’t listen to him. There’s a fun scene where a pregnant woman lets some rando end, and Douglas tells the group not to kill the rando, but instead they show compassion by letting him end and he ends up getting most of the group exposed to the entity and killed. Lil Rel Howery portrays Charlie and acts like Lil Rel in every movie that Lil Rel is in. There’s not much to most of the characters to make you actually care about them when they die, which in turn is why most of the film is a chore to watch. 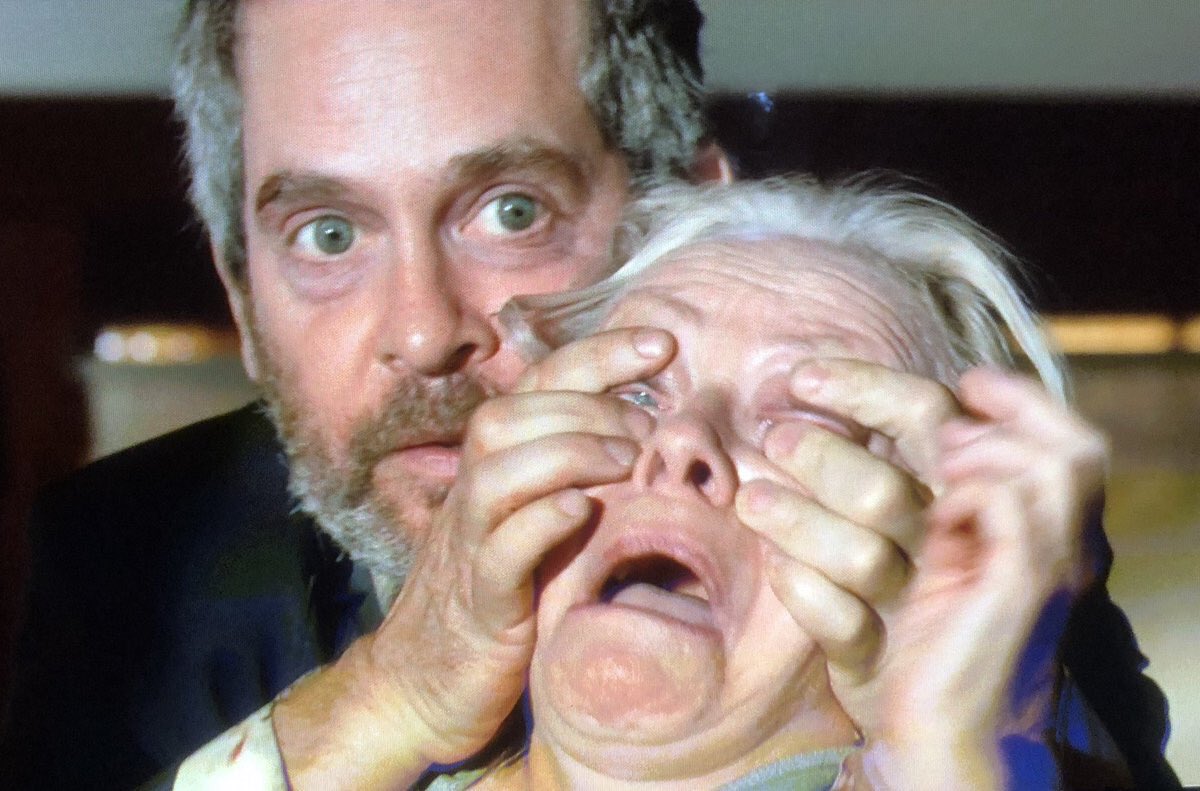 Overall, the photo above sums up Bird Box in one picture. Bird Box is a film that tries to be ambitious and has a creative concept, but while watching it you have to force your eyes open to try to enjoy it. The deaths aren’t creative, and the non-linear sequence of the plot doesn’t add to the film. The first 15 minutes of the movie started out strong, but most of the characters are underdeveloped and there’s no reason to care if they survive or not by the end of the film. Bird Box lacks personality or anything to make you want to come back to it  and watch it again. Outside of a few performances and the direction there’s not much going on for this post-apocalyptic film, and it just feels like it’s just another movie. Netflix has released better films this year, there are even better generic films that were released this year,and lastly, there are better films that dealt with handicapping one’s senses to survive that were released in 2018.